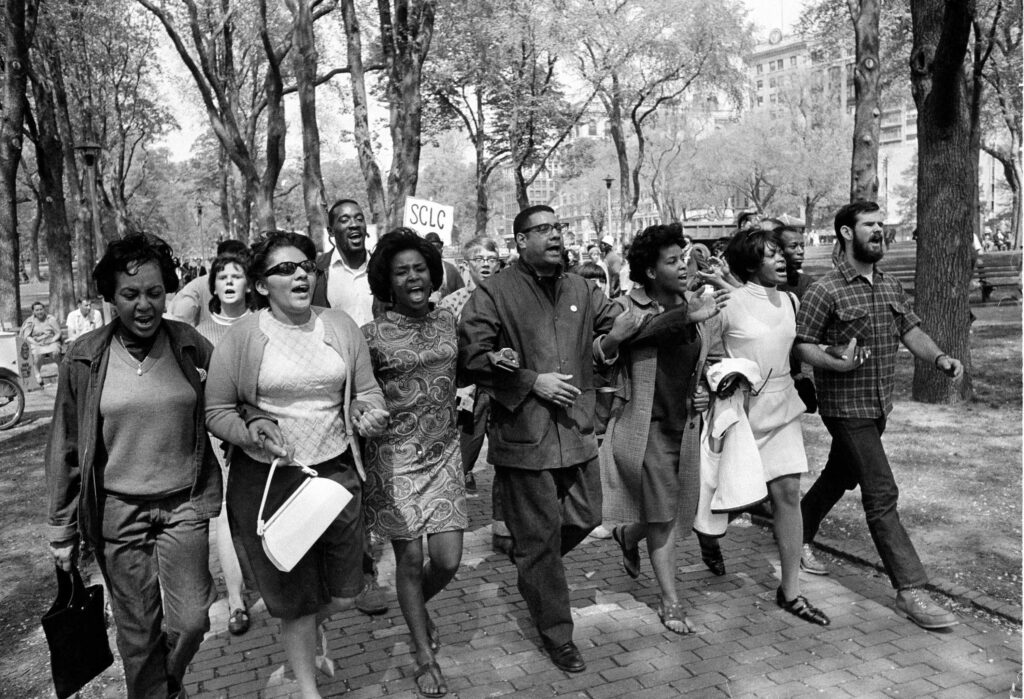 "This Little Light of Mine" may be a spiritual that originated with enslaved African Americans before emancipation,  but there is no evidence for this. The song does not appear in any known collection of spirituals or plantation songs from the nineteenth century.  The lyrics may be inspired by the Bible verse Matthew 5:14-16, in which Jesus states, "Ye are the light of the world. A city that is set on a hill cannot be hid. Neither do men light a candle and put it under a bushel, but on a candlestick; and it giveth light unto all that are in the house. Let your light shine before men, that they may see your good works and give glory to your Father who is in heaven."

The phrase "This little light of mine" first appeared in a 1925 poetry book by Edward G. Ivins. In 1933, newspapers provided the first known references to the song, reporting that a chorus sang it at an African Methodist Episcopal conference in Helena, Montana, from where Ivins hailed. There is evidence that churches around the United States sang the song that year.

Folklorists John and Alan Lomax made the earliest known recording of "This Little Light of Mine." In June 1934, they recorded Jim Boyd of Jacksonville, Texas, singing it while serving time in the State Penitentiary in Huntsville, Texas. John and Ruby Lomax recorded Doris McMurray singing it in May 1939 from the Thomas Goree Unit prison in Huntsville. McMurray, an African American, reported that she learned the song from her grandmother in Waco.

In my neighbor's home…

In the 1940s, composer and teacher Harry Dixon Loes wrote an arrangement of "This Little Light of Mine" that became popular in Christian churches. Many sources indicate that Loes composed the song, but recent scholarship suggests otherwise. Loes himself never claimed credit for writing it, and the Moody Bible Institute, where he studied and taught, found no evidence that he wrote it.

In the 1950s and 60s, civil rights leaders turned to music as a vital tool in their fight for equality. Singing together unifies oppressed groups, reinforces their shared identity, communicates their desired outcomes, and strengthens their resolve. Rutha Mae Harris, a member of the Freedom Singers, explained the power of song, "Music was an anchor. It kept us from being afraid. You start singing a song, and somehow, those billy clubs would not hit you. It played a very important role in the movement."

The Highlander Folk School in Monteagle, Tennessee, provided training for movement leaders, including Dr. Martin Luther King, Jr., Rosa Parks, Ralph Abernathy, and John Lewis. Zilphia Horton was the music and drama director for Highlander from 1938 until her death in 1956. She repurposed folk and religious songs to serve as protest songs for the labor and civil rights movements. Horton taught folk singer and activist Pete Seeger an early version of "We Shall Overcome," which he adapted and helped make a civil rights anthem. She also helped popularize "This Little Light of Mine" in the movement.

Many of the "freedom songs" originated in African American churches. People sang the lyrics as written or adapted them to the struggle. "This Little Light of Mine," like other freedom songs, is well-suited to improvising lyrics in the moment. Folk singer and activist Pete Seeger explained, "It became common to start with the name of the city or state one was singing in at the time, and then broaden the geographic area." During a protest in which she and others were attacked, Bettie Mae Fikes improvised new lyrics. She called out the sheriff of Selma, Alabama, among others. Fikes recalls, "' Tell Jim Clark, I'm gonna let it shine.' And as I added my oppressors, other people in the audience began to shout out: 'Tell the KKK!' "Tell our president!' It was like being free."

The Freedom Singers (featuring Rutha Mae Harris and Betty Mae Fikes): "This Little Light of Mine"

Kay Mills wrote in her biography of civil rights leader Fannie Lou Hamer, "If Mrs. Hamer had a theme song, it was 'This Little Light of Mine.'" Hamer explained the power of singing and of that song, in particular:

Singing is one of the main things that can keep us going. When you're in a brick cell, locked up, and haven't done anything to anybody but still you're locked up there and sometimes words just begin to come to you and you begin to sing. Like one of my favorite songs, "This Little Light of Mine, I'm Going to Let it Shine." This same song goes back to the fifth chapter of Matthew, which is the Beatitudes of the Bible, when he says a city that sets on a hill cannot be hid. Let your light shine so that men would see your good works and glorify the father which is in heaven. I think singing is very important. It brings out the soul.

Fannie Lou Hamer: "This Little Light of Mine"

This little light of mine…

I’ve got the light of freedom…

Jesus gave it to me, now…

All in the jailhouse…

Sam Cooke, who transitioned early in his career from gospel singer to soul singer, carried "This Little Light of Mine" from protest marches to the concert stage. He performed it in his 1964 concert at New York City's Copacabana night club, which was released as the live album Sam Cooke at the Copa.

“This Little Light of Mine” has been part of American popular culture ever since. Church and school groups sing it regularly. Artists, including Bruce Springsteen, Sister Rosetta Tharpe, The Kingston Trio, Pete Seeger, and Raffi, have performed and recorded it. When late-night talk show host David Letterman resumed broadcasting on September 17, 2001, following a brief hiatus after the 9/11 attacks, Odetta and the Boys Choir of Harlem performed a stirring rendition on his show.

Odetta and the Boys Choir of Harlem: "This Little Light of Mine" (2001)

When white supremacists and alt-right supporters gathered in Charlottesville, Virginia, for the Unite the Right rally in August 2017, counter-protesters were also on the scene. One of the leaders of the counter-protest, recording artist and activist Reverend Osagyefo Sekou, tells the story:

We had originally said we were going to stand silently, but the Nazis were marching past us in these various battalions, cursing and yelling — mostly homophobic slurs — at us. And you could feel the energy of the people who weren't with us, who we had not trained. [They] were getting amped up… So I just broke into 'This Little Light of Mine.' The tensions went down... and it shook the Nazis. They didn't know what to do with all that joy. We weren't going to let the darkness have the last word.

Following are a few of the many verses people have sung. Singers are encouraged to make up their own.

Out in the dark…

All over the world…

We’ve got the light of freedom, we’re gonna let it shine…

Hide it under a bushel? No!

Carawan, Candie. Sing for Freedom: The Story of the Civil Rights Movement Through Its Songs. Montgomery, AL: NewSouth Books, 2007.

Deggans, Eric. “‘This Little Light Of Mine’ Shines On, A Timeless Tool Of Resistance.” All Things Considered, 2018.

Mills, Kay. This Little Light of Mine: The Life of Fannie Lou Hamer. Lexington, KY: University Press of Kentucky, 2007.